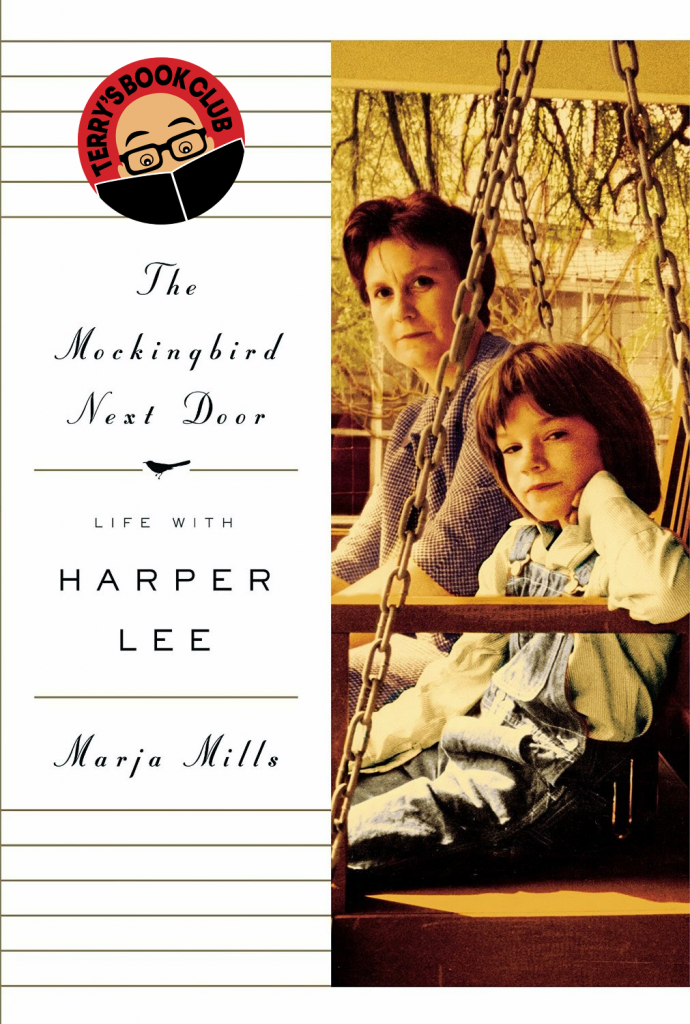 The Mockingbird Next Door
By Marja Mills

My favourite movie is To Kill A Mockingbird.

The movie was based on a book written by the reclusive Harper Lee. Published in 1960, it still sells close to one million copies per year. Astounding.

But here’s the enduring mystery: It was the only book Harper Lee ever wrote. As a matter of fact, she stopped giving press interviews about it in 1964. Then disappeared into her private life.

That’s why this memoir is so intriguing.

Journalist Marja Mills took a chance and moved to Monroeville, the small Alabama town where Harper Lee lived. She eventually rented a house next door to Lee and slowly, carefully, got to know her.

Even though Mills was a journalist, a profession the author avoided at all costs, Harper took a liking to Mills and invited her into a very tight group of friends.

The fascinating aspect of the book is observing the day-to-day life of Harper Lee. While she must have had tens of millions in her bank account, she lived in a humble bungalow across from the high school she attended. She liked fishing for catfish. She fed ducks every evening in a nearby pond. She liked to go for coffee at the local McDonald’s.

But she was no pushover.

She didn’t like fans sniffing around. She didn’t take kindly to the town when it tried to leverage its famous resident to drum up tourism. She declined all book-related offers. She was fiercely protected by her Monroeville friends.

Over the years, many felt the tomboy character of Scout was the veiled embodiment of Harper Lee. Yet, to me, her reclusiveness is more reflected in Boo Radley.

Marja Mills gives us access to that reclusive life.

She lived next door to the Mockingbird herself.

The book is written with affection. For fans of the book and the movie, it’s a wonderful, intimate read.

1. Harper Lee explains which Monroeville residents and locations were the inspirations in her book. (Including the house that inspired the Boo Radley home – it still stands)

3. To hear, in her own words, why Harper Lee chose to never write another novel.