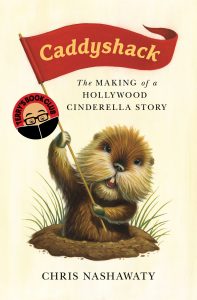 Any Caddyshack fans out there?

The idea for this 1980 movie came from Bill Murray’s brother, Brian Doyle-Murray. It was based on the Murray brother’s childhood summers spent working as caddies on the snootiest golf courses along Chicago’s wealthy North Shore.

The slobs versus snobs premise bubbled with comedic possibilities.

Nashawaty also places an interesting context on the world Caddyshack entered – Animal House had just broken records, Meatballs had just brought in $43M on a $1.6M budget and comedic films were changing – moving from the laidback charm of George Burns in Oh, God! to the snide humour of the Lampoon.

In spite of a disinterested press, scathing reviews from critics and a cast and crew that partied more than they worked, Caddyshack would go on to knock Blazing Saddles off the list as the top-grossing comedy.

The backstories are surprising. Bet you didn’t know Chevy Chase played drums for an early incarnation of Steely Dan, that Chevy Chase and Bill Murray didn’t like each other and that Ted Knight earned five Bronze stars in WW2.

It’s all true. And it all came together to create a comedy classic.

Then there’s the gopher…

1. The fascinating history of how Saturday Night Live, Second City and the National Lampoon all merged for this movie.

2. The interesting reasons why Rodney Dangerfield had a difficult time performing in the movie without the sound of a live audience.

3. The story of how the movie poster came to be after two fist fights is hilarious. 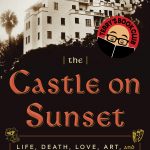 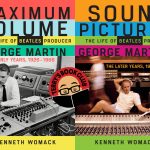