Terry was interviewed by the Globe and Mail on this year’s Super Bowl ad touchdowns and letdowns.

“While the Ram commercial certainly got his attention, O’Reilly says overall there wasn’t “an earth-shattering, standout commercial” in Super Bowl LII.

The creator of the CBC radio show Under the Influence dedicated a program to Super Bowl ad history called Judgment Day.

Though he was critical of how Chrysler used a civil rights hero to sell trucks, he felt Toyota actually succeeded in using religious leaders to present a message of equality and inclusiveness with its “One Team” ad.

“The commercial where the rabbi picks up the priest, the imam and the Buddhist monk in his Toyota truck to go the game was funny,” O’Reilly said. “Religion is always a touchy subject in advertising”, he explained “but it was well done.” 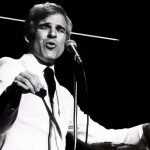 This week:
A Wild & Crazy Idea:
How Companies Solve Big, Hairy ProblemsUncategorized, Under The Influence 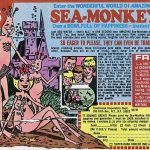 This week:
Comic Book AdsUncategorized, Under The Influence