This week on our Under The Influence Summer Series:
Viral Videos

This week on our Under The Influence Summer Series, we look at the wild and crazy world of Viral Videos.

Some brands spend big money on videos and nobody watches, meanwhile a cat video is viewed by millions. It’s a world with no rules, fuelled by luck and timing. We’ll look at the most viewed videos ever, including a video a woman made when she quit her job that attracted almost 10 million views, the Evian bottled water video that went into the Guinness Book of World Records, a Nivea viral video that might have gone too far, and a Dove video that broke the Evian world record.

These days, marketers can’t necessarily spend their way to consumer attention, they have to earn it. And Viral Videos can be just the ticket.

Tune in Mondays at 7:30pm and Saturdays at 11:30am on CBC Radio One or subscribe to our podcast. 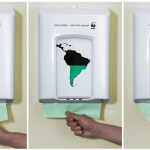 This week on our Under The Influence Summer Series:
Nudge: The Persuasive Power of WhispersUncategorized 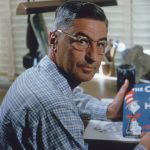