So I start searching for an Airstream specialist to renovate the trailer. I find a few in various states. Then I find the guy. He has a long history of converting Airstream trailers. His work is beautiful. His finishing so tasty and inspired. I notice on his website that he has done trailers for celebrities and for Hollywood editing companies, so he has a sense of what a recording studio might require. I look to see what state he’s located in and I can’t believe my eyes: He lives in Digby, Nova Scotia.

Craig Dorsey is a transplanted Californian. He used to design and build sets for the film industry in Los Angeles, then wanted a big change in his life and he wanted to live by the ocean in an affordable setting. He discovered beautiful Digby and settled there. He has restored Airstream trailers for years. So I called him up, had a great talk with him, told him what I wanted to do with my Airstream and he was up for the challenge. Couldn’t believe my luck.

Here we are off to Digby, Nova Scotia. Hauling the Airstream on our first long, long trip. 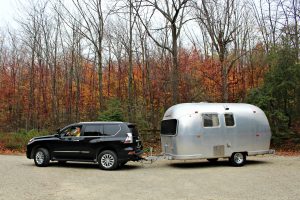 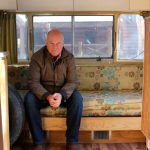 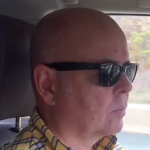